Does Texas Require You To Have Health Insurance? 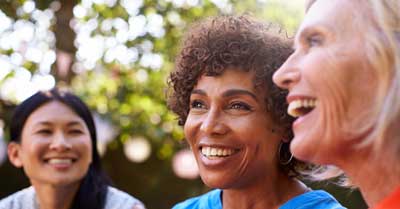 There’s no tax penalty for not having health insurance in Texas in 2021. However, it’s not recommended to go uninsured.

It’s not mandatory to have health insurance in Texas. This is after the federal government removed the tax penalty in 2019. You can, therefore, go uninsured in Texas and not get fined. However, going uninsured isn’t recommended as a medical crisis could do more damage than the tax penalty would.

The information used herein is derived from Texas Health Options, HealthCare.gov, and the Kaiser Family Foundation. We’ve thoroughly verified this information to ensure that it’s accurate and essential in getting coverage in Texas.

Is It Mandatory to Have Health Insurance in Texas?

As such, you’re still required by law to report whether or not you are covered on your federal tax return but you won’t be required to pay a tax penalty for not having health insurance.

Is It Worth Going Without Health Insurance in Texas?

As briefly noted above, there is no tax penalty for going without health insurance in Texas. But is it really worth it? Believe it or not, a medical crisis can leave you in a very precarious situation financially and can do more damage than the tax penalty would.

Whether or not you’ve been feeling discouraged by the rising health insurance costs including the premiums, copays, and deductibles, there are very compelling reasons why you should always stay covered.

According to data published by the American Bankruptcy Institute Law Review, Americans are twice as likely to file for bankruptcy if they go without health insurance or let it lapse for two years. A study by the Kaiser Family Foundation also stipulates that almost 50% of Americans say that they or a family member is uninsured because of the rising costs of health insurance.

The table below shows the cost-related features that are most important to Americans and how worried or concerned Americans are about affording these costs.

But because your peace of mind is of great importance and you do not want to be worried about whether or not you could be able to afford unexpected medical bills, it’s important to get health insurance in Texas.

The Type of Health Insurance Marketplace to Expect in Texas

Now that you’ve understood the importance of having health insurance even if it’s not mandatory in Texas, it’s essential to understand how the health insurance marketplace in Texas operates.

Well, Texas uses HealthCare.gov, which is the federally run exchange. As a state, Texas takes a hands-on approach when it comes to implementing Obamacare and has one of the leading exchange enrollments in the country for the 2021 coverage behind Florida and California.

But even with that, Texas still has the highest uninsured rate in the country (17.7%), which means that there are still a lot of people in Texas going without health insurance. Fortunately, this is changing as there are ten ACA-compliant health insurers offering their plans to Texans in the government exchange, which makes coverage more accessible.

As of 2021, the Texas exchange plan will have the following ACA-compliant health insurers. You should, however, keep in mind that their availability may vary from one location to another. For example, Scott & White Health Plan offers health insurance in North, West, and Central Texas.

FirstCare – It serves much of Central Texas and West Texas. Here is more information about FirstCare and its health insurance prices.

And even though most of the above-mentioned insurers aren’t transparent with their health insurance premiums and prices, the table below shows the average rate changes for 2021.

The Number of People Buying Health Insurance Coverage through the Marketplace

The table below shows the number of people buying health insurance coverage through the Texas marketplace in the last few years.

From the table above, it’s easy to note that there was a steady increase in enrollment from 2014 to 2016. This was followed by a steady decrease in the next three years before the numbers increased in 2020.

Other Way of Getting Health Insurance in Texas

To this end, there’s no longer a tax penalty for not having health insurance in Texas. However, getting coverage is of great importance for your financial security, so it’s highly recommended to get coverage that works for you and within your budget.