How Much Does Health Insurance Cost Without a Subsidy? 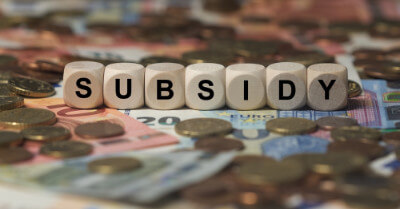 Nationwide, the average full-price yearly premiums equal a staggering $7476 for single adults and $21,348 for families (before dental- and vision policies). In addition, single policyholders pay an average of over $2,000 a year out of pocket and families over $6,000.

In this article, I look at how to qualify for subsidies, and how you can reduce healthcare costs if you remain ineligible. In addition, I detail how to qualify for health insurance assistance under the new American Rescue Plan (ARP), and the differences between Affordable Care Act (ACA) compliant and noncompliant policies.

As an insurance agent, I helped individuals and small businesses find affordable health insurance despite the complexities of the market. This experience gave me keen insight into the benefits and drawbacks of various plans. In my work as a health insurance journalist, I have discovered many evolving paths to obtaining affordable coverage.

Who Is Eligible for Health Insurance Subsidies?

How Much Do Employer-Sponsored Plans Save Workers?

The concept of offering health insurance as a fringe benefit has its roots in the 1920s when employers experimented with it as a recruitment and retention tool. The idea became mainstream after World War II.

The federal government capped wages during the war, making it difficult for employers to entice and keep employees. Since there was no cap on fringe benefits, health insurance became the primary enticement instead of higher wages. In addition, businesses enjoyed the benefit of writing off their health plan expenses.

These benefits are a fantastic deal for employees. Though the percentage of premiums employers cover varies significantly from business to business, in 2019, employers picked up an average of 82% of the cost for individuals and 70% of the cost for families, reducing individuals’ annual cost to $1,242 and families’ cost to $14,561.

How Do You Qualify for ACA Subsidies?

Before the ACA, many Americans who fell outside of the employer-sponsored system found private health insurance unaffordable. Often, the only way of keeping premiums within a budget was opting for a high-deductible or limited-benefit plan. However, for those with low incomes or pre-existing conditions, even those types of policies were unaffordable or unavailable.

ACA subsidies are as generous as their employer-sponsored counterparts, providing affordable coverage to the self-employed, unemployed, ill, and those employed in sectors not offering health insurance. Those making up to 400% of the Federal Poverty Level (FPL) receive subsidies. The FPL stands at $12,800 or less in annual income for individuals as of 2021.

Who Qualifies for Medicare?

Once you are over 65, you become eligible for Medicare, eliminating the need to worry about premiums. However, Medicare covers an average of 80% of expenses, so senior citizens still need to either have savings to cover their co-insurance or take out a Medicare supplement plan to avoid high out-of-pocket costs.

Who Qualifies for Medicaid?

The ACA offered states the option of expanding Medicare to all adults making less than 133% of the FPL. In states that expanded, Medicaid recipients receive medical, prescription drug, dental, and vision insurance with no premiums or out-of-pocket expenses. Twelve states have not expanded Medicaid, leaving millions of low-income adults without health insurance.

Who Qualifies for CHIP?

CHIP is a federal program that provides health insurance to children from low-income families. Parents of qualifying children also receive insurance under CHIP, even if they reside in a state that declined to expand Medicaid. Income restrictions differ by state.

Despite the changes wrought by the ACA, large groups remain excluded from subsidies, requiring them to pay full price for health insurance premiums that average $623 a month for individuals and $1,779 a month for families.

Because of these diverse factors, the average premium per person for non-subsidized policyholders via healthcare.gov stands at $576/month, while the off-exchange average is $468/month. About 15% of exchange customers do not qualify for subsidies, and all policies bought on the private market are full price.

Ineligible groups include the following:

The ACA offers no path for the people in these groups to obtain discounted health insurance. For members of these groups who struggle to afford full-price premiums, three methods may help them lower costs to an affordable level:

High deductible, ACA-compliant plans are available on the exchange and the private market at low premiums. Policyholders can further reduce outlays by opting for high co-insurance (the policy pays 50%, 60%, or 70% of claims), and less comprehensive silver- or bronze plans.

Coupling these types of plans with a health savings account (HSA) allows you to save money toward premiums and out-of-pocket expenses tax-free, similar to a 401(k). You can convert unused funds into retirement savings with no penalty.

Qualify for an Exemption Offered by the American Rescue Plan

Opt for a Plan That Is Not ACA Compliant

In addition, ACA-compliant plans must not discriminate based on pre-existing conditions or have annual- and lifetime maximums.

Because they can limit coverage, many non-compliant plans have low premiums. Though these plans provide limited coverage, they are better than nothing, especially since those without insurance are billed at vastly higher prices for all services and medicines.

With the individual mandate penalty reduced to $0, those with non-compliant plans face no added burden at tax time.