How Did The ACA Increase Access To Health Insurance? 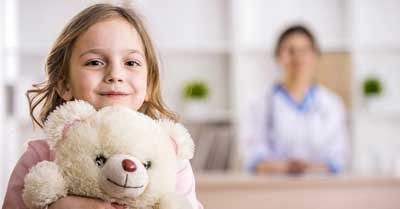 Without the ACA, you would likely be paying a lot more for your health insurance right now. But the ACA changed a lot more than just your premiums. Find out how

The ACA increased access to health insurance by mandating women-specific benefits to plans, narrowing the insurance gap between income levels and ethnicities, lowering the cost of prescription drugs, and improving access to them. Insurance companies can no longer prevent people with pre-existing conditions from getting coverage.

This article was written using sources such as the Library of Congress, the Federal Marketplace, Healthcare.gov, the CDC, Medicaid, healthcare policy groups, and industry experts.

More than ten years ago, in March 2010,  the Affordable Care Act became law. Introduced during the first Obama term to provide affordable health insurance so everyone could have healthcare access, it was known as Obamacare. It's also known as PPACA, which stands for Patient Protection Affordable Care Act, so don't be confused when you see either.

Since that time, the ACA has changed the healthcare system in America by provisioning health coverage to about 20 million citizens.

It mandated protection for individuals with pre-existing conditions while getting rid of the patient cost-sharing associated with expensive preventive services.

There is a lot more to the ACA than just coverage, as employers are now required to give breastfeeding mothers breaks, and restaurants now have to publicize calorie counts.

When whittled down, you realize that the Affordable Care Act transformed every aspect of healthcare and health insurance

Before the ACA, it was not as easy for women to get adequate and easy healthcare as it was for men. It was more expensive as well. Health insurance companies placed barriers for women to access adequate care.

Private individual health insurance providers could charge women one and a half times more than what men paid for health coverage. This discriminatory practice is called gender rating.

Insurance companies treated pregnancy as a pre-existing condition, which meant health insurance plans could exclude essential health benefits from their coverage. For instance, about 62% of private individual policy providers in 2011 had plans that didn't include maternity coverage.

The ACA provides contraception access to 61 million American women without any associated out of pocket expenses. A study has estimated that this benefit represents a $1.5 billion pers year saving for women.

The law mandates that organizations give breastfeeding mothers break time and a private area for them to express milk.

How Has The Affordable Care Act Improved Access of Children and Young Adults To Healthcare Coverage?

The guaranteed rights of young adults to remain on their parent's health insurance plan till their 26th birthday was one of the first provisions to become active once the Affordable Care Act was passed into law.

About 2.4 million young adults were able to gain coverage thanks to this dependent coverage provision. This is telling as this group is less likely to have work-sponsored coverage compared to their counterparts.

Additional coverage for young adults was also gained via Medicaid expansion and marketplace financial assistance. This resulted in the uninsured rate among this group falling by half to 15% in 2017.

This law also increased standards to expand healthcare coverage access to children in low income and middle-income homes. The ACA changed the minimum children Medicaid eligibility to 138% of FPL or Federal Poverty Line.

It also mandated the states to utilize a standard income definition when setting eligibility for children's health insurance coverage. Pediatric vision and dental care were deemed essential health benefits by the ACA, ensuring children were covered by Medicaid and the Marketplace.

This expansion via Medicaid and Marketplaces ensures parents could remain healthy, providing financial security for the family.

How Has The ACA Improved Access To Prescription Drugs?

Before the ACA became law, 9% of private individual health insurance policies didn't have prescription drugs coverage. The ACA changed this as Marketplace policies were required to cover at least one drug in every drug class.

It also mandated that out of pocket prescription drug costs count towards a policyholder's deductible. With Medicaid eligibility expanded alongside the Medicaid Drug Rebate Program, more eligible citizens gained access to generic and brand-name drugs under the ACA.

This resulted in lower taxpayer costs. The 340B prescription drug discount was also expanded to more healthcare providers, such as rural referral centers and critical access hospitals.

The ACA made perhaps the most significant expansion of health coverage in American history. 16% of Americans were without health insurance in 2010. Six years later, the number of uninsured Americans had decreased to 9%, an all-time low.

This meant that around 20 million citizens had gained coverage from health insurance plans since ACA became law. This increase in coverage was felt across every income level, as well as amongst adults and children.

Health care coverage disparities between ethnicities and raves have also been narrowed thanks to the ACA.

Two of the ACA's coverage expansion-related provisions that came into effect in 2015 are Medicaid's expansion and the creation of the Marketplaces for private health insurance companies to sell coverage.

The expansion in Medicaid added over 12 million people who were ineligible before the Affordable Care Act. This increased enrollment amongst people that were previously eligible for CHIP and Medicaid.

Has The Cost Of Healthcare Become More Affordable Since The ACA?

One of the most renowned changes the ACA made to healthcare access was its signature Insurance Marketplace. These Marketplaces are portals for individuals to purchase health insurance. They were launched in 2013 and provide financial assistance in the form of subsidies for private coverage.

About 9 in 10 marketplace enrollees were eligible for financial help in 2019, and about 57% of them received a subsidized rate. While the average premium monthly cost was $613, the average enrollee paid just $87 after receiving ACA mandated financial assistance.

Asides from including provisions that enabled states to grow Medicaid coverage to millions more, the ACA had provisions that streamlined eligibility, renewal, and enrollment processes for CHIP and Medicaid.

These changes made it much easier for children to become enrolled and remain covered with minimal cost-sharing. It also hastened the creation and adoption of data-driven systems. This means that all the states allow prospective Medicaid beneficiaries to apply for coverage online.

Across most private and public health plans, the ACA has eliminated copayments and other cost-sharing forms associated with preventive services. Health insurance policyholders can now screen for blood pressure, cancers, cholesterol, and more; seek contraception and immunizations with no out of pocket costs.

Additionally, the ACA ensures private health insurance providers are held liable should they charge unfair premiums, either for company-sponsored or individual market coverage.

The MLR or medical loss ratio rule also required health insurance companies to refund employers and policyholders if their insurance policy spending fails to breach the 80 to 85% limit on premium medical care.

To this end, 2019 saw health insurance companies return $1.4 billion to consumers in MLR rebates for overcharging premiums. This clearly shows that increased affordability means better access. In 9 years since the ACA's inception, the percentage of under 65 adults who skipped medical treatment or tests reduced by 24%.

How Has The ACA Improved Health Care Insurance Access of People With Pre-existing Conditions?

Before the ACA, health insurance providers in the marketplace frequently set benefit exclusions and pricing, which enabled them to deny coverage to individuals based on their health condition. This practice is called medical underwriting.

Almost 1 in 2 adults under 65 in America have some sort of pre-existing condition. Before the ACA increased access to health insurance, they were likely to face discrimination based on their health history if they attempted to purchase insurance.

How did the ACA increase access? Well, it included several landmark protections for individuals with pre-existing conditions. The rating rules were changed, and insurance providers were barred from setting premiums based on health status and gender.

They were also prohibited from wildly varying premiums by age. The Affordable Care Act sought to establish a guaranteed issue. This meant that health insurance providers had to provide policies to everyone and couldn't turn people away due to their medical condition.

Another meaningful way that the ACA increased access to health insurance for this group is to legally require plans to include a setlist of essential health benefits. These benefits include maternity care, behavioral health, and prescription drugs.

This legal mandate means that companies can not effectively screen out patients with health situations that could cost more by not providing the necessary benefits. The ACA also stopped insurance companies from setting yearly and lifetime benefit limits.

These limits previously prevented the sickest Americans from accessing healthcare. It also left many Americans without appropriate financial protection from emergency medical situations.