What is Single Payer Health Insurance? 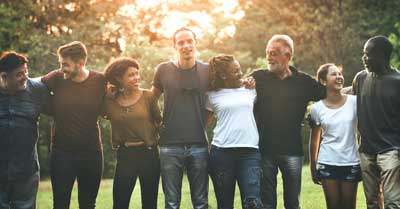 Lots of Americans are curious about single payer health insurance and the benefits of implementing it. Would it cause more problems than solutions?

You should know about the similarities and differences between the four major types of healthcare systems, the pros and cons of single payer health insurance, and how it could be implemented in the U.S.

In a single payer healthcare system, a single entity, typically a government, holds financial responsibility for the healthcare of everyone. However, people are still able to choose where and when they seek care. It is often referred to as “Medicare-for-all” in the U.S.

Information about the current federal healthcare policies comes from government owned websites and the information is compared to the other major healthcare systems around the world. You can also check out this spreadsheet to compare the four major types of systems.

There are four major types of healthcare systems around the world. Most countries use a combination of these four different types instead of adhering to a single system.

Single payer health insurance is also called the Beveridge model because it was developed by Sir William Beveridge. The system is based around a single, national healthcare service that is solely responsible for the costs.

Under this system, the government pays the costs for the people which keeps costs low since there is no competition. The benefits would also be standardized and the government controls what the providers can do, can’t do, and how much they can charge for services.

Since this system is paid for by the government, it is funded by taxes. Therefore, there are no out-of-pocket costs, medical bills, or fees and everyone who pays taxes has equal access to care.

Despite the benefits, the single payer system has its critics. Some say that there is a high risk of overutilization and patients would abuse the system. Since everybody would have free access, they may seek unnecessary health services which would, in turn, raise costs and taxes. However, restrictions and regulations can be put into place to manage unnecessary usage.

Another criticism is that a national emergency such as a health crisis or war would be detrimental to the government’s ability to provide healthcare.

The Veterans Health Administration provides healthcare to veterans and is operated and funded by the Department of Veterans Affairs; therefore, the government pays the healthcare costs. Qualifying veterans do not pay any deductible or premium.

This system, also called the Bismarck model, gives employers and their employees financial responsibility regarding their health insurance. The funds are paid with allocated money deducted from payroll.

In addition, private plans that cover the employees are not based on profits. Generally, the providers are privately owned companies even though the insurers are public. Sometimes, there is a single insurer, while other times there are multiple. The government controls the prices and costs.

This system is used by France, Germany, Belgium, Japan, and Switzerland. It is also the system that some employers in the U.S. use.

This system is also called statutory health insurance. This model falls in between the single payer and social models. In this system, the government does act as a single payer when it comes to medical procedures. However, the providers themselves are private.

The primary criticism of this type of system is that there could be long delays for treatment. This system is used in South Korea, Taiwan, and Canada. It is also similar to Medicare.

For medicare, you pay your premiums and deductibles, choose your doctor or care facility, and the government pays for remaining costs. This isn’t all the information, but you can get more on medicare.gov.

This is the type of system used by developing or undeveloped parts of the world. It is also used by uninsured or underinsured citizens in the U.S. For this model, all medical costs are paid for by the patient. This leads to inequality because professional medical care is only affordable to the wealthy.

How Single Payer Insurance Would Work in the U.S.

Single payer insurance has gained some traction in the U.S. in recent years. It is often referred to as Medicare-for-all. The proponents say that all insurance and programs, including the Affordable Care Act, Medicaid, and Medicare, would be replaced.

This single payer system would cover more than the current Medicare system which only cover those 65 years and older and those with disabilities. People on Medicare also pay some of the costs. Medicare-for-all would eliminate any financial burdens placed on the patient (except with specific procedures like cosmetic surgery).

The coverage would be provided by a federal health insurance program and cover anyone living in the U.S. It would even cover dental and vision. Deductibles would be eliminated and the maximum amount patients would pay for prescriptions would be $200 per year.

The costs of medical services, equipement, and drugs would be regulated by the federal government and funds would be set aside on the budget every year. Senator Bernie Sanderswho introduced the bill on Medicare-for-all, suggests a phase-in for Medicare where you could buy in at younger ages for four years.

Implementing single payer insurance would cause radical changes so of course there are some major pros and cons to be aware of.

First, healthcare costs would be significantly lower since the government can regulate the prices of medical services, procedures, and medications. Prices can be easily negotiated.

Another benefit is that administrative costs of multiple insurers would be reduced to nothing. Doctors would only have to work with the single government department instead of a bunch of private insurance agencies.

The companies themselves would not have to hire people just to work with the insurance companies and the different rules they have. There would be standard procedures in place for billing and coverage that the government would set and control.

Also, healthcare professionals would not be able to target their services to the wealthy in order to get a higher profit. They would be forced to care for anyone with the same level of service and at the same cost.

Finally, this single payer health insurance system would ultimately lead to a healthier population due to equality of care. For example, lower income people would not have to resort to the emergency room for every health problem.

Even though there are a plethora of benefits, single payer insurance has some major critics as well. For one, some people are concerned that the government would not be able to drive down costs as much as proponents claim.

Other critics say that people will take advantage of the free medical procedures, drugs, and general care. Usage will go up and unnecessary care usage will increase. In turn, people will pay more in taxes. In addition, they say that doctors won’t have financial incentive to provide the highest quality care since they aren’t paid as much for it.

Others say that people won’t be healthy because they won’t be burdened by the high financial costs. These critics state that if you can get free healthcare, then it doesn’t matter if you get sick or injured.

A final criticism is that there will be long wait times for medical procedures. This may be especially true for procedures for health problems that are not life-threatening.