When Did Health Insurance Become For Profit? 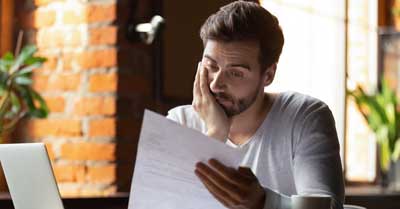 Health insurance companies seem to care more about what, when, or if you have paid than your health. Has health insurance always been this profit-oriented?

Here you will understand why healthcare is necessary, how its expenses correlate to quality, why it is so expensive, and what for-profit HMOs are. You will also learn about the ethics surrounding for-profit care and how this has resulted in the healthcare system and insurance, we know today.

This information in this article is accurate at the time of writing. To ensure this, we analyzed reports, statistics and research from sources such as the congressional research service, numerous health insurance providers, healthcare providers, the OECD, and health insurance industry papers.

Why is Health Insurance So Important?

Health insurance can be seen as a type of risk management. This form avails to individuals the ability to protect themselves from detrimental financial loss in case they become sick. The market seems to hold a competition for those able to get health insurance.

This, in turn, causes a stark differentiation in terms of the amount of risk a patient poses. People generally have so many health insurance plans and packages to choose from; each plan has its own benefits, list of coverage and premiums. The general result is that those who have the greatest need for insurance end up paying the highest costs.

This thought process means that health insurance has become quite unaffordable for many families and individuals in the US.

What Does This Mean For Healthcare?

Healthcare has indeed become a commodity that can be sold and purchased. It is no longer a right that every citizen can lay unlimited claim to, just because they are citizens. Healthcare’s definition as a commodity is spot on, given that treatments, services and tests carry prevailing market prices.

Healthcare in the US is now a market system influenced by wealth and natural endowments just as with any other system. This means healthcare can only be further distributed based on assets such as wealth and income, furthering the populace’s belief that equality does not exist in regards to quality of care.

This is quite troubling considering just how unpredictable the needs of healthcare can be. Only individuals with the most extensive resources can include healthcare expenses in their budget, and this is where insurance comes to the fore.

Since the Health Maintenance Organization Act was signed into law in 1973, healthcare in the United States has become a luxury that only a few can afford rather than something every American, regardless of financial status, should have access to.

With profit being a significant motive, less and less money gets spent on actual medical care. This has caused treatment and care decisions to be founded on profit margins rather than medical arguments and needs.

This shift in ideologies is apparent given that the focus is on funding executive bonuses and filling health insurance companies' offers. However, this means that premiums, copays, deductibles, and premiums will have to increase while total coverage decreases.

Insurance works by spreading risk, ensuring that the premiums of healthy individuals who don't use medical services can subsidize those who require more healthcare.

A system with a for-profit mantra is inadequate as it prioritizes financial interest over patient care. This is because the principal aims to generate revenue for doctors, medical facilities, health insurance companies, and any other stakeholders.

Such a system also restricts doctors in the quality of care they can provide, as they have to weigh the health insurance companies' interests against that of their patients.

What Are The Figures Associated With Health Insurance In America?

A 2017 survey showed that nearly half of Americans had a very negative perspective of health insurance providers, with 80% of those respondents stating they were dissatisfied with healthcare costs.

The result of this poll isn’t surprising when you consider that the top 5 health insurance providers were able to make more than $3billion in profits over just three months back in 2011.

Additionally, it is estimated that the US will spend 20% of its GDP or Gross Domestic Product on health insurance and associated costs by 2025.

When it comes down to it, the US has the highest healthcare costs per capita at more than $8,000 per individual.

Why Do We Pay So Much For Healthcare?

The origin of paying exorbitantly for healthcare, and the less than comparable quality can be traced back to President Nixon. During his presidency back in 1973, the Health Maintenance Organization Act was signed as a favour to Edgar Kaiser, his friend. The HMO Act allowed clinics, health insurance companies and doctors to act as for-profit business entities.

This meant that such establishments ceased to be the service entities they were created to be. Kaiser-Permanente was the first health insurance provider to benefit from the federal subsidy.

Before the HMO Act, these entities didn’t operate using a for-profit model. After the act, for-profit HMO-IPAs are authorized to develop agreements with IPAs or independent practice organizations, which could contract doctors for compensation and their services.

In the IPA-HMO structure, every doctor got a flat fee in return for every patient seen. This doesn’t take into account the duration of time spent with said patient. This for-profit scheme provided doctors with incentives to see as many patients as possible, paying the minimum required time.

Some HMOs rewarded doctors that limit costly procedures and referrals with year-end bonuses. This resulted in less than 68% of premiums actually going towards medical care cost by the late 90s. The remainder was paid as compensation to health insurance salespersons and executives.

Does Being The Top Healthcare Spending Country Yield Results?

It is easy to believe spending so much on health insurance would mean a high standard of healthcare. However, this isn’t the case. Healthcare quality is usually weighed against two important factors: life expectancy and infant mortality rates.

What Are For-Profit HMOs?

For-profit HMOs aim to gain profit by realizing savings from limiting doctors to patient time, using less costly medical personnel than physicians, care delivery and cutting down supplies costs. Every one of these processes can have an impact on the standard of care.

Nevertheless, this system doesn’t automatically mean the number of medically irrelevant procedures and tests are lowered. About $8 billion annually, is lost to waste, which accounts for 30% of health-related expenses. Additional testing could cause over-diagnosis, which doesn’t have better outcomes.

This shift to a for-profit system ensured that health insurance and healthcare transformed into a business worth billions of dollars, from pharmaceutical companies to insurance companies. It is currently more profitable for the healthcare industry to manage chronic ailments than curing diseases such as diabetes.

This for-profit structure has led to numerous conflict of interests when patient care is mentioned. For-profit PPO and HMO plans either provide incentives to physicians to cap services by using the gatekeeper tactic where patients have to be screened by their primary care physician before they are referred to a specialist, or where a health insurance worker decides if treatment can be approved, influencing medical care.

What Ethics Are Associated with For-Profit Care?

Most healthcare facilities might have abandoned their vision of helping humanity and settled to maximize profit in their establishment. Some others attempt to do both; care for the sick as much as

This shift to for-profit has caused expenses to shift from healthcare to other concerns such as dividends, administration, lobbying and marketing. This meant that the medical loss ratio moved to 80% from 5% in certain states.

This has also caused access to healthcare to become much worse since the cost of health insurance has risen significantly. To cover these costs, premiums are raised incrementally, which makes medical care inaccessible to many Americans.

Concurrently, these for-profit healthcare entities have incentives that negatively influence the patient-doctor relationship, creating a conflict of interest that drastically reduces the standard of care provided. This could, in turn, erode a person’s trust in the healthcare system.

Even though the rising prices of healthcare and insurance may be debilitating, the government still ensures that a lot of people can get insurance that gives them basic healthcare. A lot of the healthcare insurance plan coverage such as Medicare Supplement, is standardized by the government.

Also, if you are employed or your partner is, check if your employer offers your health insurance coverage. Not only that, you should also see if you can extend your employee coverage to a few people like your dependent child or partner.

Medicaid is another option for people who earn very low incomes.

While getting medical insurance is necessary, you don’t have to break the bank to do it. Consider your financial situation as well as your health needs. The competition between several health insurance providers make it so that the prices are a bit competitive and a lot of insurers will provide additional benefits.