When Was Health Insurance Developed? 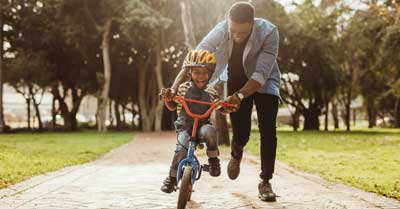 This article was written using information sourced from trustworthy sources such as the Library of Congress, healthcare policy groups, and industry experts.

When Was The First Record Of Health Insurance?

The United States has had a long record of inaction when it comes to the topic of universal healthcare. While Europe and other parts of the world integrated social health insurance systems, America chose to go a separate route.

It's been recorded that then-President Teddy Roosevelt long supported universal healthcare due to his awareness of the German and British health programs. His conviction that no nation could claim to be strong when its people were poor and sick also played a part.

However, the political will at the time was against such an idea. This caused the healthcare debate to come to a stop, which lasted for over 20 years.

The first record of health insurance was when the Massachusetts Health Insurance Company became the first organization to provide insurance for sickness in 1847. Nevertheless, it was decades before the work-sponsored health insurance structure we know today was created.

In the 1870s, jobs that were seen as more dangerous, like mining and railroad field jobs, began to provide company doctors to their workers on site. The physicians were paid via deductions for the workers' paychecks.

From the late 1800s to the early 1900s, individuals with health insurance most likely footed the bill themselves. It wasn't until 1910 when Montgomery Ward & Co created what was likely the first group health insurance contract.

1912 was also the first time the NCIC or National Convention of Insurance Commissioners created the first templates for legislation that was to standardize the industry.

Blue Cross: An Alternate History Of Health Insurance In The US

There are schools of thought that state the first true indications of credible health insurance came in the shape of a prepaid hospital policy. In 1929 when teachers at Baylor University in Texas established an agreement with a local hospital to gain full hospital care for a stipend.

This plan grew from a modest coverage to 1,300 people to around 3 million in 10 years. The health insurance company that also grew from it became known as the Blue Cross. However, the agreement with Baylor teachers was just the beginning. Some other legislation helped to make health insurance what it is today.

The Debate On Universal Healthcare, The AMA, AFL, and AALL

The healthcare plans looked great at the start in 1912 as the AALL or American Association of Labor Legislation, a progressive group to reform capitalism, developed a panel to concentrate solely on the issues of healthcare.

It wasn't until 1915 that the panel created a healthcare bill that would have essentially provided coverage for the working class, as well as individuals who had an income of less than $1,200 per year, including their dependents.

One of the plaudits of this action was that medical doctors were consulted during the drafting of the bill and the AMA or American Medical Association also supported the proposal.  Everything went fine for a time, with the AALL and AMA working together effectively to create legislation that could benefit the populace.

However, it didn't take long for both sides to fall into disagreement concerning how physicians were to be paid. A little while after that, the AMA withdrew its support not only for the proposal but also for the AALL.

To further create confusion, the American Federation of Labor's president at the time regularly denounced the proposal on the myopic basis that protecting the health of the American people was the responsibility of the union and not the government.

Throughout the 1940s, inflation became a primary concern of the US government. To fight this problem, it placed strict restrictions on prices and salaries. Numerous labor groups and employees threatened strike action as a result of the restrictions.

This threat persuaded the War Labor Board to exempt some employer benefits like insurance from income tax and wage caps in 1943. The systems at that time seemed to be effective for both employees and employers.

This was down to the employer getting 100% off their taxes while ensuring employees get benefits that weren't taxable. It wasn't long before employer-sponsored health insurance became a universal benefit.

In Comes Medicaid And Medicare

Nevertheless, there were more than a few problems with such a system. For workers that retired or those that didn't work with an organization that provided health insurance, access to private insurance soon became difficult, mainly due to increasing costs.

Medicaid and Medicare became law when President Johnson signed the legislation in 1965. The programs were created to help citizens with low incomes, and retirees have improved healthcare access.

The Original Medicare plan included Medical Part A and B, with Part A being hospital insurance and Part B covering medical supplies and doctor visits. It wasn't until 1972 when Medicare extended coverage to more individuals, including those with terminal illnesses and the disabled.

Regulations Of The 20th Century

As the years went on, additional federal regulations that centered on health insurance were drafted. These regulations enshrined access to coverage and protection. One such regulation was the HMO Act or Health Maintenance Organization Act signed in 1973.

The HMO Act required employers that provided HMO plans to their workers, only make available those that met certain financial and benefit regulations. They also had to be federally qualified.

The Pregnancy Discrimination Act of 1978 required companies to treat pregnancy-associated health conditions just as they would any other disability or medical condition.

COBRA, as it is commonly known, requires organizations with a minimum of 20 employees to continue providing insurance to former employees, as well as their families. The length of time these former employees can remain insured will range between 18-36 months and is dependent on their situation.

Managed care is what most people in America know as healthcare. Before the passage of the Affordable Care Act (ACT), health insurance was categorized by those that didn't have full coverage, those with no insurance at all, and those that only purchased Cadillac plans.

Cadillac plans were so-called as they were deemed unusually expensive and represented a luxury that only a few could attain.

Over the years, Congress has passed various acts to ensure health insurance can't be lost as a result of job loss. However, this places the burden primarily on companies without evaluating the coverage's quality.

The debate over America's health insurance problem paved the way for the Affordable Care Act, which sought to reduce the number of uninsured citizens and increase widespread access to quality health care at a reasonable price.

The ACA made perhaps the most significant expansion of health coverage in American history. 16% of Americans were without health insurance in 2010. Six years later, the number of uninsured Americans had decreased to 9%, an all-time low.

This meant that around 20 million citizens had gained coverage from health insurance plans since ACA became law. This increase in coverage was felt across every income level, as well as amongst adults and children.

Health care coverage disparities between ethnicities and raves have also been narrowed thanks to the ACA.

Two of the ACA's coverage expansion-related provisions that came into effect in 2015 are Medicaid's expansion and the creation of the Marketplaces for private health insurance companies to sell coverage.

This increased enrollment amongst people that were previously eligible for CHIP and Medicaid.